TORONTO — A giant rubber duck that caused a flap for weeks before its arrival has settled into its temporary new home on Toronto's waterfront.

The six-storey-tall, 13,600-kilogram yellow duck was inflated on Toronto's harbourfront Friday morning ahead of the weekend RedPath Waterfront Festival.

The duck's $200,000 price tag had some critics crying foul, questioning the bird's connection to Canada 150 festivities. 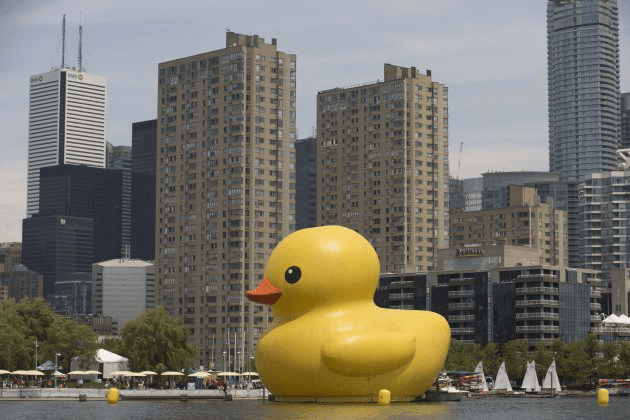 The giant rubber duck is based on similar floating structures by a Dutch artist that have travelled world.

Ryan Whaley, the co-owner of this duck, says that he came up with the idea to build it with a friend three years ago when they decided that nobody could ignore a giant yellow duck.

The official unveiling happens at 11 a.m. on Canada Day, and the duck will then pack up to head to Owen Sound on July 3.